A 2,000 Year-Old Podium Been Found in the City of David - Biblewhere
Skip to content

A 2,000 Year-Old Podium Been Found in the City of David 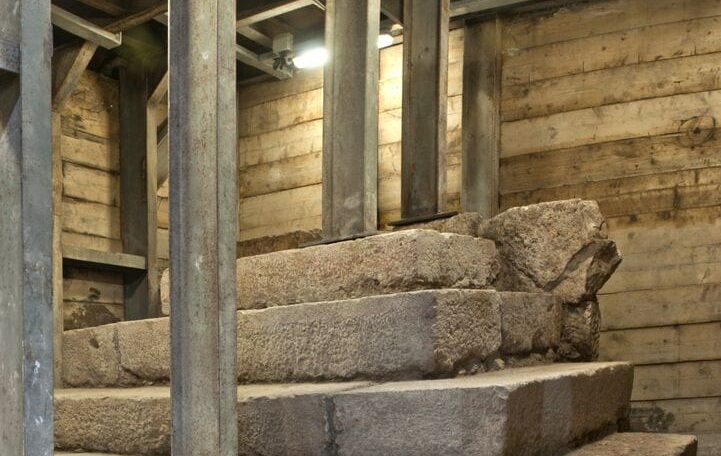 Biblewhere members
Click on Biblewhere login For your free access.
None-members
You Are invited to join us Start your Free Trial Now!.
Monday, August 31, 2015.  Has a 2,000 Year-Old Podium Been Found in the City of David? A unique stepped structure exposed on the street ascending from the Siloam Pool to the Temple Mount raises questions among researchers at the Israel Antiquities Authority:  An intriguing find consisting of an impressive pyramid-shaped staircase constructed of large ashlar stones was uncovered in an archaeological excavation currently conducted by the Israel Antiquities Authority. The excavation is located in the Jerusalem Walls National Parkin the City of David, site of ancient Jerusalem, and is being carried out in cooperation with the Israel Nature and Parks Authority and the City of David Foundation. This structure, situated alongside the 2,000 year-old Second Temple stepped street, which carried pilgrims on their way from the Shiloah (Siloam) Pool to the Temple, which stood atop the Temple Mount. The street, a section of which was excavated in the past, is remarkably well-preserved and is built of enormous stone slabs. The street most likely runs above the 2,000 year-old drainage channel, discovered a number of years ago, which carried rain water out of the city. It was constructed sometime in the fourth decade of the first century CE, and was one of the largest construction projects undertaken in Jerusalem during the Second Temple period. Dozens of whole pottery vessels, stone vessels and glassware were found at the foot of the pyramid-shaped staircase.
Read more >