An Ancient Ritual Bath and Graffiti - Biblewhere
Skip to content

An Ancient Ritual Bath and Graffiti 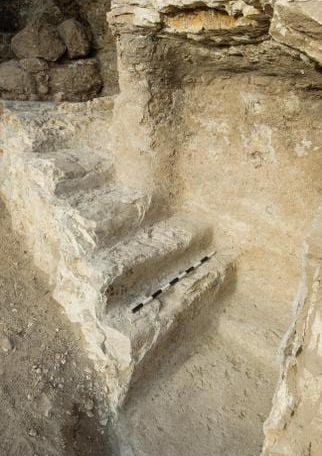 Biblewhere members
Click on Biblewhere login For your free access.
None-members
You Are invited to join us Start your Free Trial Now!
Tuesday October 7, 2014. An Ancient Ritual Bath and Graffiti left by Australian Soldiers during the Second World War were Exposed at Ha-Ela Junction.  The discoveries were revealed in archaeological excavations carried out by the Israel Antiquities Authority prior to widening Highway 38, at the initiative of the Netivei Israel Company. A 1,900 year-old ritual bath (miqwe) was recently exposed at Ha-Ela Junction in excavations undertaken by the Israel Antiquities Authority and financed by the Netivei Israel Company, prior to widening Highway 38. An enormous 1,700 years old water cistern was revealed nearby in which graffiti was discovered that had been engraved on the reservoir’s ceiling by Australian soldiers during the Second World War.  According to Yoav Tsur, excavation director on behalf of the Israel Antiquities Authority, “We exposed a miqwe in which there are five steps; the fifth step being a bench where one could sit at the edge of the immersion pool. We found fragments of magnificent pottery vessels there dating to the second century CE, among them lamps, red burnished vessels, a jug and cooking pots. Apparently the miqwe ceased to be used during the second century CE, perhaps in light of the Bar Kokhba revolt. A rock-hewn opening was exposed south of the miqwe, which appears to have been the entrance to a large water cistern. It seems that in an early phase it was a smaller reservoir and functioned as the “otzar” (water collecting vat) for the miqwe. When the miqwe ceased to be used the cistern’s original cavity was increased to its current large dimensions and an extensive surface was built nearby which facilitated drawing water.
Read more >