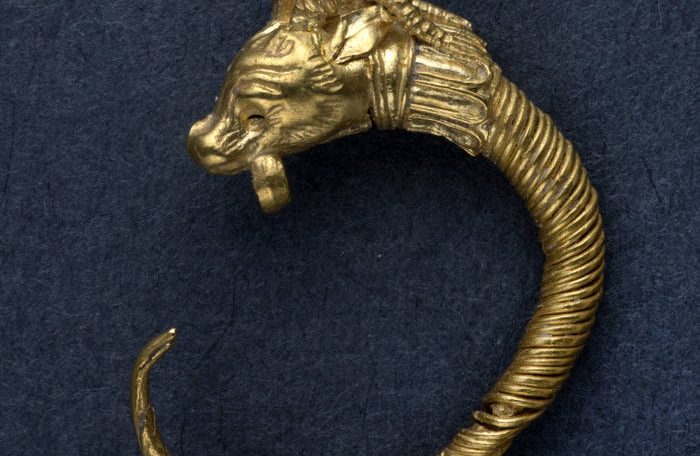 A Hellenistic-era golden earring, featuring ornamentation of a horned animal, was discovered in the Givati Parking Lot in the City of David National Park encircling the Old City walls. The discovery was made during archeological digs carried out by the Antiquities Authority and Tel Aviv University.  “Whoever wore it belonged to Jerusalem‘s upper class.” The earring will be on display for the general public at the City of David‘s annual archeological conference.

Jerusalem of Gold: The spectacular gold earring, shaped like a horned animal, dates back to the second or third century BCE, during the Hellenistic period. The discovery was made during archeological digs conducted by the Antiquities Authority and Tel Aviv University at the Givati Parking Lot in the City of David National Park encircling the Old City‘s walls.

According to the directors of the excavation, Professor Yuval Gadot of Tel Aviv University and Dr. Yiftah Shalev of the Antiquities Authority, ”The jewelry was found inside a building that was unearthed during the excavation, dating to the early Hellenistic period—a fascinating era about which we know very little when it comes to Jerusalem. During the course of over a century of archeological digs in the city, many small discoveries have been made from this period—mainly consisting of pottery fragments and a few coins—but hardly any remains of buildings that could be accurately dated to this period.”

The hoop earring bears the head of a horned animal (possibly a antelope or deer) with large eyes, a mouth and other facial features. Nearby, excavators also found a gold bead with intricate embroidered ornamentation resembling a thin rope pattern, dividing the beads into two parts with six spirals on each side.

According to the researchers, “It is unclear whether the gold earring was worn by a man or a woman, nor do we know their cultural or religious identity, but we can say for certain that whoever wore this earring definitely belonged to Jerusalem‘s upper class. This can be determined by the proximity to the Temple Mount and the Temple, which was functional at the time, as well as the quality of the gold piece of jewelry.”

Ariel Polokoff and Dr. Adi Erlich, from the archeological department at Haifa University, examined the earring and bead and estimated that the jewelry was crafted using a technique called filigree, in which threads and tiny metal beads are used to create delicate and complex patterns. According to them, this type of earring first appeared in Greece during the early Hellenistic period, while the earrings date back to approximately the Third or early second centuries BCE.

Very similar earrings (though not identical ones) have been found across the Mediterranean basin, especially in Greece, but are extremely rare in Israel. According to Professor Gadot, ”Up until now, only a few such earrings have been found in Israel, many of them in the coastal region, with one slightly different earring discovered inside a tomb in the Hinnom. However, this is the first time that such an earring has been found in Jerusalem inside of archeological ruins from that time.“

According to the researchers, ”The findings from this excavation open a window to what Jerusalem was like during the early Hellenistic period: It seems as though, at the time, the city did not reach farther than the top of the hill in the City of David but then spread slightly to the west into the Tyropoeon Valley. We also learned from this excavation that the residents of this area were not peasants who settled in empty areas on the periphery of the central area, but rather the opposite—they were well-off people. The discovery of familiar Hellenistic pieces of jewelry can teach us about how Hellenistic influences reached Jerusalem during this time.“

The jewelry will be on public display for at the City of David‘s annual archeological conference slated to take place at the beginning of September. 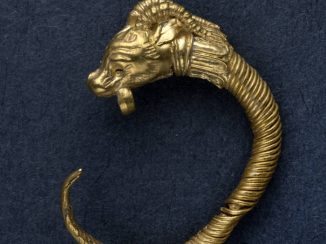 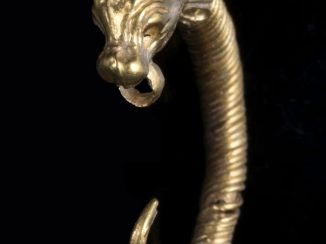 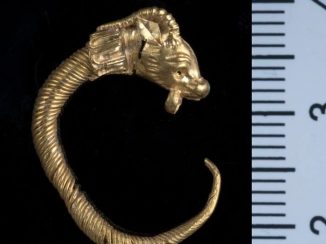