The War of Deborah - The Battle - Biblewhere
Skip to content

Home > Blog > The War of Deborah – The Battle

The War of Deborah – The Battle

Deborah was called both a prophetess (Judges 4:4) and “a mother of Israel” (Judges 5:7). It was she, though far from Galilee, who first sensed the initiative from God to do something about Jabin, Sisera, and the trouble up north (Judges 4:6; 5:7, 12).
The battle itself is described in brief in Judges 4:12-16. When Deborah gave the command to charge, the Israelite warriors rushed down the mountain slope, gathering speed and adrenaline as they went. The Canaanites broke into a frantic retreat back toward their campground at Harosheth-ha-goiim. What made them break ranks and flee? See Judges 5:4-5. 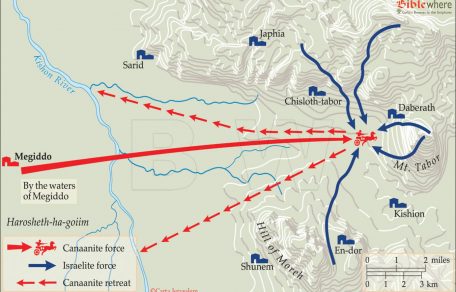 The War of Deborah – The Battle 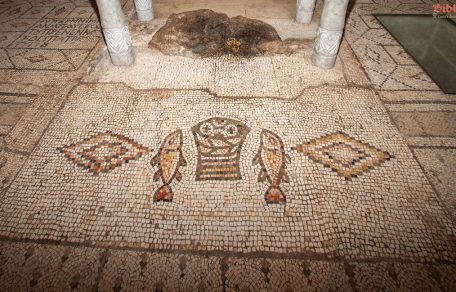 Fifth-Century Mosaic Representing the Miracle of the Loaves and Fishes

Heptapegon (modern Tabgha), on the northwestern shore of the Sea of Galilee, is the site of